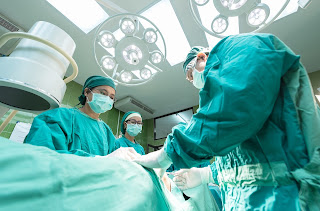 If you need a surgeon, an attorney, basketball player or other professional, you look for someone who’s been around the block a couple of times, right?

You may hear some people say we need term limits and this job shouldn’t be a career position.

I want to remind you, as County Commissioners, we’re managing an organization with a budget of more than 100 million dollars a year and 500 employees. Experience counts!

I have built and managed budgets and programs and established all kinds of relationships locally, regionally and in Washington D.C. All this has made me a stronger, more effective representative of your interests.

I will never support arbitrary term limits at any level. I trust the intelligence and judgement of the voters. I know our local history. In a stretch of almost 20 years beginning in early 1970s, not one county commissioner was reelected. Some stepped down voluntarily, but several lost in the primary and general elections.

Since the early 90s, two incumbents have been removed by the voters, but we’ve seen several commissioners earn multiple terms. I don’t think it’s a coincidence that county government has grown in stability, respect and influence during that time.

I started out as the rookie on the board in 2005 and I’m now the senior member. I think we’ve had a healthy, natural process of bringing fresh ideas and perspectives to the board.

You don’t give penalty points for experience, do you? Please think about that when you cast your vote.
Labels: Budget Career Results Choices County Commissioner Government Job of a Commissioner Problem Solving Taxes Your Voice