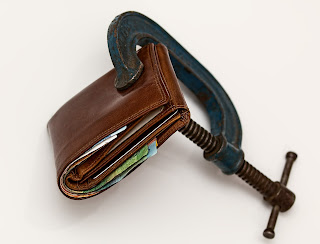 Leading by example isn’t just a slogan for me.

Ten years ago, when the recession hit our county hard, I suggested to my fellow commissioners that we ask county employees to take ten furlough days (equivalent to a 3.8 percent pay cut) to help lessen the financial blow and reduce the number of jobs lost.

Because we should lead by example, I said we should tell the rank and file we were going to cut own salaries by five percent, whether they accepted the furloughs or not. All our unions said yes.

The next year, line staff were restored to their previous salary levels, but we continued the cut. The next year, we restored the cut, which put us back to what we had been earning the year before. It wasn’t until the next year that we accepted a cost of living raise in line with the percentage our staff received.

Pay for elected officials is always a touchy topic. We’ve tried to look at several factors in guiding us, including what officials earn in counties of similar size. But our number one principle has always been to stick with what the same percentage increase as line staff. Some local governments have been in the hot seat during my time living here for handing out raises in the double digits for management. I’ve never sought or accepted that kind of raise, and I never will. I am paid well, but in terms of the scope of my responsibilities and the new resources I’ve been able to bring to the county, I think I’ve worked hard to earn my pay.
Labels: Budget Career Results Caring Solves Problems Choices County Commissioner Decision Making Job of a Commissioner Problem Solving Taxes