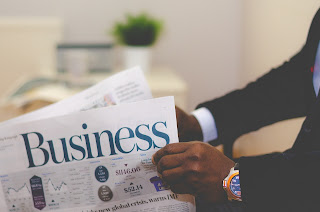 I hear variations on this statement often: "Government should run more like private business."

We need to deliver services in the most efficient way that we can. We can’t spend money that we don’t have. During the recession a decade ago, we made unpopular but necessary cuts, cut our own pay, and lived within our means. In the last ten years, we’ve selectively rebuilt our services while building our operating reserves. It’s not a question of if, but when, another recession comes.

The federal government can, and does, deficit spend. State and local governments by law have to live within their means. The state has a lot of borrowing tricks that counties and cities don’t have, and that’s a good thing. It forces us to balance the need for services and the need to not excessively burden local taxpayers.

BTW, we don’t have the power to raise taxes on our own. That’s up to the voters. In more than 15 years in office, I have never voted to propose a measure that would raise local property taxes. Twice I have voted to refer increases in transient room tax—a tax which is not paid by local residents. In each case, the increases went to local community projects and helped keep our tax for facilities in the unincorporated areas on par with that in the cities of Newport and Lincoln City.

People are sometimes frustrated by the slow pace it takes for government to get things done compared to private industry. Three words: checks and balances. There’s inefficiency built into the system in order to make sure all interests have a chance to be heard. We aren’t accountable to just a handful of stockholders. We’re accountable to almost 50,000 stockholders.

I grew up in a lower-middle class background and was taught early to work, save, and spent carefully.

I’ve brought those same values to my service to you.
Labels: Budget Career Results Choices Government I Represent You Private Business Problem Solving Taxes Your Voice