I’ve called Oregon home my entire life, and my Oregon roots extend back to the nineteenth century.

My maternal great-grandfather, Thomas Nicholson, settled in Kellogg in 1899 and soon purchased a local sawmill.

My parents’ teachings and life experiences have been fundamental in shaping who I am today. 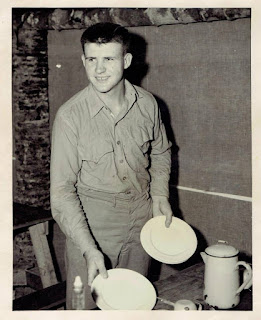 My father, Carl Hall, was born on a dirt farm in South Dakota and grew up in poverty. During the Depression years, his parents couldn’t afford to buy underwear, so his mother made it out of potato sacks. I rarely saw my father cry, but he still got choked up when he recalled the teasing he was subjected to in gym class when he changed clothes.

My dad came from a long line of men who served in the United States Marine Corps, and he proudly enlisted when the opportunity came. He saw combat, but in his words, earned his ticket home on the island of Peleliu when a mortar explosion near him killed two men and left him 90 percent disabled for life.

He worked hard all his life to support his family, but his injuries made it a struggle for him, and watching him fight the Veterans Administration for the services he had earned with his sacrifice burned something deep into me. After the war, doctors told him he would do better in a milder climate, so he moved to Oregon, when he met my future mother, Jane Nicholson. 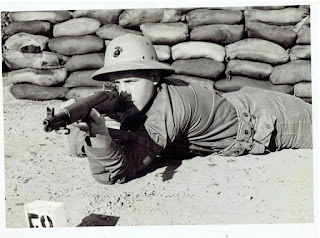 My mother grew up in relative comfort in Northeast Portland. Her father, William Nicholson, was an engineer for General Electric and helped oversee installation of the turbines at many of the great dams built during the 1930s and 1940s.

My parents met in September of 1951 and were married six weeks later.

My late sister, Cathy Hall, was born in September of 1952. She was as smart and talented as she was beautiful. We lost her to a brain tumor in 1993, but she left behind my dear niece, who reminds me more and more of her every day.

Both parents taught me the importance of honesty, of serving others, of learning, and always challenging yourself to do your best. I have always tried to live up to their standards. I watched them serve our neighborhood through our church, and in simple acts of kindness to the many older women and couples who lived close by.

I attended Faubion Elementary School in the Concordia neighborhood. It was named for James Faubion, a classmate of my mother’s at Grant High. She remembered Jimmy Faubion as a golden boy with bright promise. He enlisted in the Marines in World War II, lost both legs in the battle of Okinawa, and succumbed to his wounds a few years later. His story was another reminder to me of the sacrifices life sometimes demands.

I went on to John Adams High School, then Pacific University. I was shy and withdrawn in my elementary years but participating in print and broadcast journalism and speech competitions helped to bring me out of my shell. I was lucky to win an audition at KBPS, the AM radio station operated then by Portland Public Schools, and was part of the KBPS staff for a decade, first as a student, then as a summer relief employee

-fill in, then as a full-time employee in my first years after earning my Bachelor’s Degree.

In 1986, I completed a Master’s in Journalism at Northwestern University in Evanston, Ill., and in February of the next year, I moved to Lincoln County to accept a reporters’ job at the Newport News-Times. Lincoln CountyThis has been my home ever since. After almost four years with the newspaper, I returned to radio, and was a news director for several radio stations before being elected commissioner in 2004. I have been re-elected three times since.

It was my interest in government and politics that drew me to news reporting in the first place. I still miss that work, but I am so thrilled and humbled to have the opportunity to help put things in place that build a better Lincoln County.

In 2018, I came out publicly as a transgender woman. How has it effected my performance on the job? It hasn’t, except it ’has given me renewed energy and momentum. The community has been very supportive of me as a whole, and I’m forever grateful for that. Gender transition is not easy, but I think this also demonstrates that I’m willing to take on tough obstacles, and my record in office also demonstrates that.

My Thoughts About and Experience with Lincoln County Animal Shelter