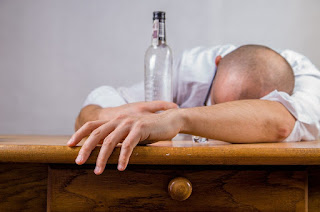 When I became a commissioner, our jail was only staffed to a capacity of 101 inmates. I worked with others to steadily build funding for the Sheriff’s Office so we could expand to our maximum capacity of 161 jail beds. There are people who need to be separated from the community to protect the lives and property of others. But there are also many people in the justice system who don’t belong there.

Addictions is an illness, not a crime, but addiction drives too many of the cases that clog our courts, jail and hospitals. I’ve been a leader in bringing creative solutions to Lincoln County that allow us to focus on keeping the people in jail who truly need to be there, while offering treatment and other services to those who want them and need them.


I led the work group that established the Lincoln County Drug Court in 2007. Drug Courts combine opportunities for treatment with strong accountability. More than 132 men and women have successfully completed the Drug Court program, achieving sobriety, steady employment and housing, and reunification of their families. In a recent five y-ear span, eight graduates had drug-free babies.
I advocated for several years for the county to launch a needle exchange program, and that has now happened. These programs reduce the number of needles dumped in parks and other pubic places, help curb the spread of dangerous diseases like HIV and Hepatitis, and often help addicts take the first step in outreach to getting clean.

Through our local participation in the national Stepping Up Initiative beginning in 2016, we’re created the first pre-trial housing program of its kind, funded staff for the sheriff to monitor people before their court appearances and help make sure they appear, added treatment capacity, and built much stronger working relationships among public and private partners addressing this challenge.

Early in my term, I served on the Governor’s Council on Alcohol and Drug Programs and was its last chair. That was a true education for me of the complexities of addiction and its impact on individual lives, families, businesses, health care systems, public safety, and the community as a whole. I will never stop working on this until we have treatment on demand for all who want it, appropriate diversion services at every stage of the justice system, and a community-wide commitment to the value of every person.